Impact Christian Church Gets the Picture with Visionary Solutions 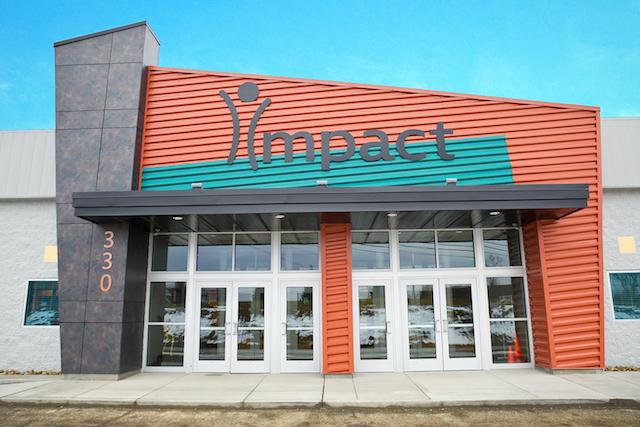 Founded in 1970 as West Hills Christian Church, with 14 members, Impact Christian Church (renamed in 2010) grew to about 750 members by 2016, and the church sought a larger home. When an 82,000-square-foot, 1995-vintage ice arena immediately east of the Pittsburgh International Airport became available, Impact Christian Church purchased it and converted it to a complex with a sanctuary, daycare center, nursery, cafeteria, and gymnasium, plus several meeting rooms.

“We installed 12 televisions throughout the building, including three in the entrance, three in the cafeteria, one in each meeting room, and so on,” details Chris Ruane of N Stuff Music’s Pro PA installation division. “We also installed several Chauvet Vivid 4 modular video panels in the sanctuary. Each video panel and TV has a Visionary Solutions D4100 decoder, so you can call up any video source stream on any screen. Wherever there’s a TV, we also installed an Attero Tech unD6IO and a Symetrix ARC-3 panel, so you can call up any audio stream.” 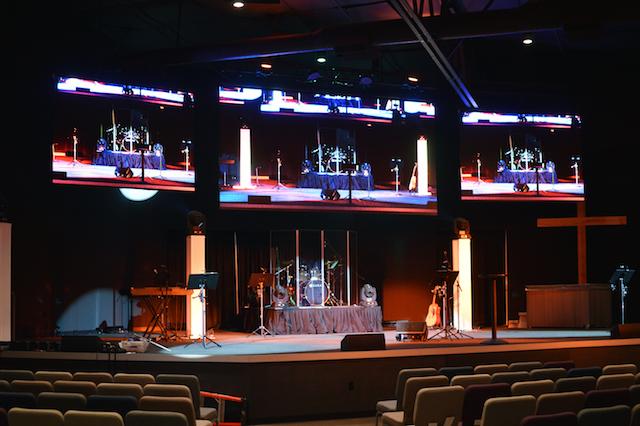 The church has three video sources, each of which is fed to a Visionary Solutions E4100 encoder. A videocamera Vaddio AV Bridge MatrixMIX system in the sanctuary feeds one encoder, which sends the audio to the Symetrix Prism DSP. Cable boxes feed the other two E4100 encoders, giving users a choice of TV streams.

In September 2017, Ruane got his Symetrix certification, “although,” he notes, “the stuff I certified on had nothing to do with the gear we bought for this install.” By mid October, he had received the equipment and started assembling it in his office and learning Composer. By December 15, the install was completed. The church started using the system immediately.

“I didn’t have a lot of time to learn it all,” admits Ruane, “and I didn’t even know what the place looked like until I went to install the equipment. Until then I had worked with CAD drawings showing where the boxes would go and what the naming convention would be. But I programmed everything in my office, installed it at the church, turned it on, and it all just worked. I was a happy man.”

Programming the Visionary Solutions system required entering command strings, and although Ruane is comfortable with coding, he didn’t know the programming language. “Fortunately, I was able to talk with tech support,” he assures. “I had to program custom controls and actions, and the tech gave me some of those command strings. I was then able to apply them to the rest of the system. Once I understood the technology, the integration was pretty straightforward.”

System latency was not an issue because Ruane employed only one Cisco small business switch. “If we started jumping fiber connections between switches, we’d introduce latency,” he relates. “So we made sure there were enough ports for everything to go into the same switch.”

Although Ruane began the process with no Visionary Solutions, Symetrix, or Attero Tech experience, the fact that he could get the entire system from a pile of gear in his office to an installed, functioning system in two months testifies to his abilities and to the design of the products. “Now I know how to get a Prism up and running quickly,” he declares. “I kept a site map, and I stored the coding for the Visionary Solutions equipment in a separate document, so I’ll be ready for future installs.”

Most important, the system is working well. “The Visionary Solutions products work great; we haven’t had a problem,” Ruane declares. “We are still tweaking a few things on the audio side, and the client will need to learn to use the system, but that’s to be expected. Overall, we’re very pleased.”